I'll Be That Girl 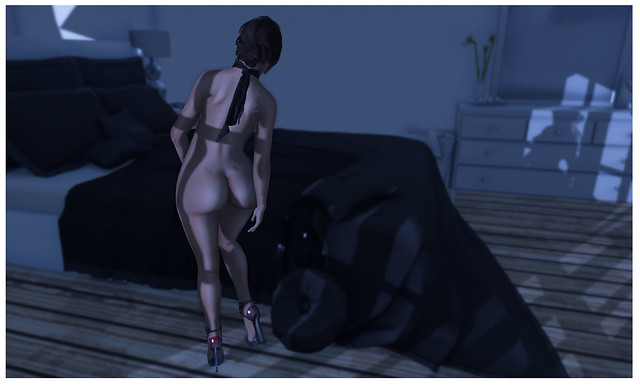 It becomes hard to breathe, the stocking drawing tighter around her neckline as petite de morte approaches.

Today, I'm going to be showcasing two items from ROMP's summer fair. I have to admit that I have been having fun working up the last few posts on the blog; but sadly all good things must come to an end or at least a there comes a point where you take a little break. So I will be putting away the naughty for a little while to focus on other things. Who knows what might catch my attention next. Now, let's get back to ROMP's summer fair.

The second thing I would like to highlight in today's post are the shoes on my feet. Nardcotix released two sets of shoes for ROMP'S summer fair Lola and Jordan heels. I'm wearing the Jordan heels in the photo up above. I really like the Jordan heels because they are so well made. Finding shoes in SL that are beautifully sculpted and work with the Maitreya Mesh Body has been a challenge for me so these shoes have been a dream.

ROMP's summer fair is open until July 17th, so make sure you make your way over to pick up some items of your own.