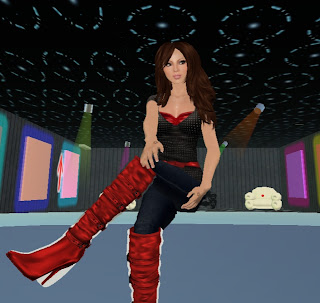 Thursday night at Insurrection Alley I was introduced to the game Tiny Empires. Now I'm hooked and cant stop playing. I knew this game has been around SL for a while, I heard about it in blogs and podcasts. I even tried the trial version once before, but since I didn't know anyone who was playing TE at the time I quickly became frustrated and chucked the game into the trash. This time however it was different.

Tiny Empires for those of you who are not familiar with it, Is a HUD based game in SL. The object is to collect land, gold and subjects adding to your wealth and moving up the social hierarchy. There are chances to bribe others from different kingdoms to join your liege. It's fairly easy to play and can be run in any script allowing sim so it can be played at any time. there is a trial version of the game available if you want to test it out, but after a couple of hours it will stop working and in order to continue you will have to purchase the full version, but its totally worth it!!! I have a trial version of the game so if you would like to play send me an IM and I will get you set up.

During the party on Thursday night for the Kingdom of Charm; I volunteered to shake my fanny and work the party. I noticed that everyone was talking about royalty and mentioning events that were happening in the game. I became curious as as the night progressed and I too wanted to join in and play Tiny Empires. Lillindrial Kamachi, Peachy Sassoon help me get started and introduced me to people within the kingdom. With such a warm welcome from the group I was soon on my way. I swore myself to the service of Countess Annie Levasseur, so far I have not received an offer that would make me leave her side. I am 100 percent loyal. :) I do have two Subjects now, Sir Frankie Palliard and Sir Lappaska Kanto. I had a third subject, but he left my liege :( I'm working on trying to add new subjects, Who knew bribery and treachery could be so much fun. 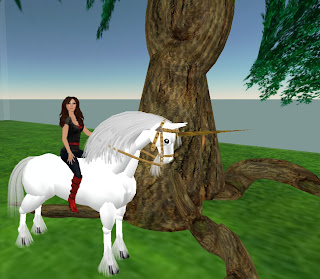 Doo doo doo doo doo doo doo...
Im packed and Im holding Im smiling
She living she golden and she lives for me
Says she lives for me
Ovation her own motivation
She comes round and she goes down on me
And I make her smile
Like a drug for you
Do ever what you want to do
Coming over you
Keep on smiling what we go through
One stop to the rhythm that divides you
And I speak to you like the chorus to the verse
Chop another line like a coda with a curse
Come on like a freak show takes the stage
We give them the games we play
She said I want something else
To get me through this
Semi-charmed kind of life baby baby
I want something else
Im not listening when you say
Good-bye
-Semi Charmed Life, Third Eye Blind
Posted by Bells Semyorka at 5:29 AM

Good having you aboard, Bells, and especially good to have you in the Kingdom of Charm, which is one of the newer kingdoms in TE, yet also one of the more successful ones, thanks to the guidance of our shrewd monarch and his direct subjects. Here's hoping we see you in the upper ranks soon!

- Marquis Erbo Evans, Royal DJ to the Court of Charm by Appointment of His Majesty, King Rexx Capalini