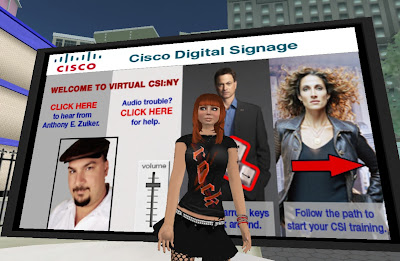 There has been some buzz floating around Second Life for some time about CSI, the television show on CBS, running an episode where the actually go into SL to solve a crime. I personally do not watch CSI, but for a SL crossover I will definitely be watching, in fact my Tivo is already set to record it. :) Tonights show will include about 15 minutes of footage shoot in SL. The CSI team will follow a killer into SL. I don't want to spoil anything for people who want to participate in the CSI crime solving case, so I will only talk about the orientation. Even if you are a current user of SL you should go through the orientation, there is a HUD that you will need in order to solve the crimes. Click to Teleport to CSINY Orientation. 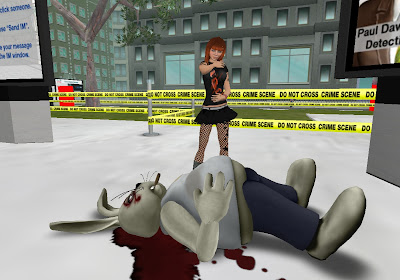 Shot in the head, oh white rabbit what happened to you? 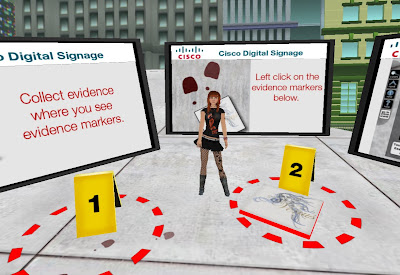 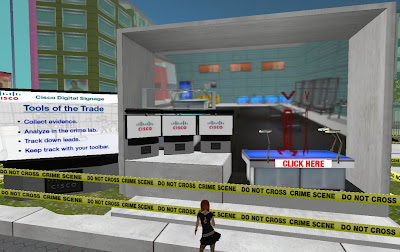 After collecting the evidence you take it to the lab to for analysis. 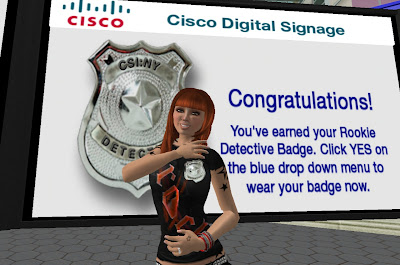 After analyzing the evidence you will receive your "Rookie Detective Badge".

The orientation was fun I felt like I was a real Detective trying to solve the crime. I did go to other parts of CSINY island, but I think i am going to let you explore them for yourself. :) Happy hunting Detective. ;)