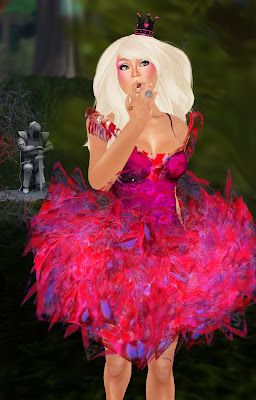 This week I am going to try to feature some of my favorite game characters. My requirements for picking the characters were, they had to be characters I played on other systems. They had to be female and needed to be able to kick some booty.

Today's character is Princess Peach. Often saved by Mario and Luigi, Peach is the typical damsel in distress. Her uber cuteness and pink color is usually the main reason I select her when playing any Mario multi player game. I admit it, I was a big super Mario brother's geek growing up.  I watch the movie, TV show played the game, come to think of it I was quite the little fanatic. Peach was the first female character I ever played and is probably one of the most well know characters in time. I had a lot of fun pulling this look together. I hope you enjoy my little experiment this week. 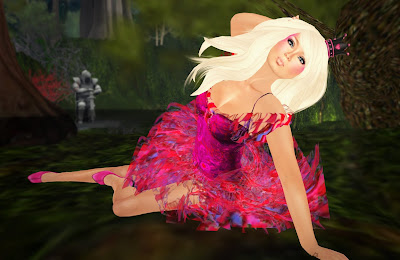 ***A special thank you to fellow Plurker, Winter Jefferson who provided a tip to hit up Bliss Couture for a princess type dress. Now for the Look.. 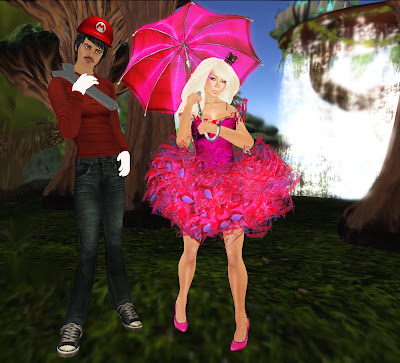 My Partner in Crime, playing Mario...Just has to sneak that in.........
Once was a magical place
Over time it was lost
Price increased the cost
Now the fortune of the kingdom
Is locked up in its dungeon vaults
The castle floor lies in traps
With coiled wires set back
Decoyed by the old cheese
Now the drawbridge has been lifted
As the millions
They drop to their knees
They pay homage to a king
Whose dreams are buried
In their minds
His tears are frozen stiff
Icicles drip from his eyes-Tragic Kingdom-No Doubt
Posted by Bells Semyorka at 3:43 AM

OMG Bells, you are rocking the Bliss! I'm so flattered you listened, and thank you for the shout out. <3


And if you like Mario you also need to check out a store named Boof.
http://incoldbloodsl.blogspot.com/2009/03/power-up.html